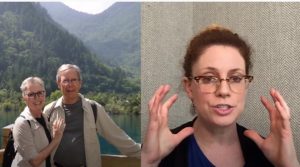 “One of the most moving films is about Ancoli-Israel, a renowned sleep researcher and retired professor from UC San Diego School of Medicine.”

“Playwright Ali Viterbi , judging by In Every Generation, is a fresh young voice with much to say… [The play] touches upon intergenerational expectations, care for aging parents, divorce, intermarriage, homosexuality, interracial adoption, sibling rivalry, and tensions over religious practice. All are deftly woven into an engaging tapestry, beginning with a three generational family celebrating a Passover seder in the present… The large audience and standing ovation reflected the strong, positive reaction to the excellent presentation.”

The rest of the glowing review can be found here! 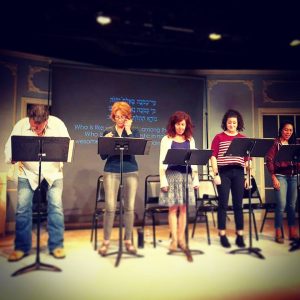 “…The dialogue is tender and honest, and the fact that the readers learned so much Italian and Hebrew is most impressive!..This is quite an accomplishment for a writer so young.The show’s focus on miracles and inquiry makes for an interesting dichotomy. Luckily, as Jews, we’re allowed to question. I left the theater with several questions and few answers. However, I think that in order to seek resolution, I will have to look to our past, evaluate the present, and speculate about the future.  I think that’s what Ali Viterbi had in mind when she wrote this provocative script.”

The rest of the glowing review can be found here! 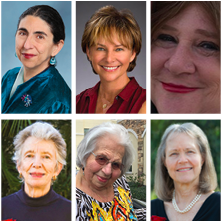 SD Jewish World, Eileen Wingard: “It is programs like Women of Valor, created by local talent… original plays, In Every Generation by Ali Viterbi… that give the festival its unique San Diego flavor and display the wealth of creative talent we have within our own community.”

The rest of the review can be found here!

The Owl and Cat Theatre’s A Very Modern Marriage Samsara’s Blog- What Did She Think?: “One moment in particular, between Viterbi and Popik is absolutely breathtaking, shocking, and unexpected. (You may recognise Viterbi’s name. She wrote Deadheads produced by The Owl and Cat earlier in the year.) In fact, Viterbi and Popik worked well together across the whole play…The acting was precise and overall, I had a sense of complete confidence from the moment I walked in I was going to enjoy a good piece of theatre which showed respect to the play and the audience…I laughed, I gasped, and I chuckled my way through A Very Modern Marriage.”

Blurb Magazine, Alex First: “The humour is both verbal and physical. There is much to enjoy in the inherently clever, at times sage, reflections on the joys and perils (primarily the latter) of contemporary relationships.”

The Plus Ones, Christian: “Like the modern marriage it portrays, this seemingly conventional piece of theatre resists labels, and packs as much fun as it does food for thought.”